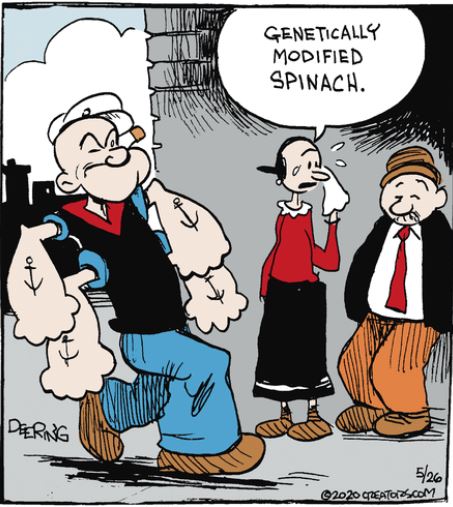 Am I missing something here, or are we just seeing something that is happening all around the country this spring?

Maybe Mr. Deering is using his strip to pay tribute to his daughter (or granddaughter)?

B.A.: Except… anybody can read this sign from over ten feet away. Wouldn’t this have made more sense if he’d used much smaller letters?

I assume we’re looking at the salmon cans swimming upstream, only because that’s what salmon do.

By “an original Batman comic book ” I assume he means Detective Comics #27, Batman’s first appearance, though that doesn’t really make sense to me.

Now, if he’s said he had a six-pack of toilet paper… well, actually still not.

Is the fact that this was published three days before St. Patricks’s Day relevant? The bat at the end of the rainbow???